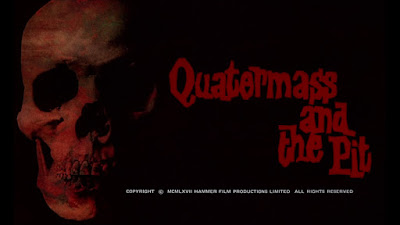 This episode of BERGCAST, recorded last September, is a landmark for us, partly because we got to talk to Hammer Archivist and Doctor Who Magazine editor Marcus Hearn, partly because it was recorded in the HQ of the British Film Institute, but, for me, mainly because it is the first one we got to do where I was actually present in the room.

It had been a good week, all told. I was passing through London on my way back from having guested at Portugal's marvellous MotelX horror festival, where I got to judge the Méliès d'Argent Portuguese short film horror contest and interview Hereditary/Midsommar director Ari Aster on the stage of Lisbon's beautiful Cinema São Jorge. I spent a magical afternoon napping on the grass with a dear friend in Hyde Park, before heading up to Stephen Street for a stimulating discussion on the history of the Hammer Quatermass and the Pit (AKA Five Million Years to Earth), which is probably the version of Quatermass that more people have seen than any other. 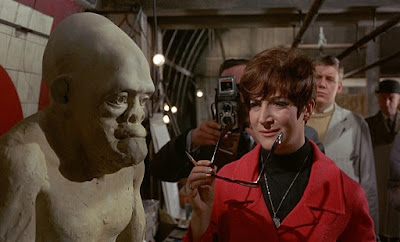 Over the course of the next hour and a bit, Marcus enlightened us on why it took so long to make a third Quatermass (but why they kept trying), and who else could have played our pal Bernard.

We touch on the awkward relationship that Quatermass has with the sex/colour/blood aesthetic of Hammer Horror and Babs Windsor's bra.

We hear a tale of two Roy Bakers, and muse on whether the only things violated in this movie are trade descriptions. 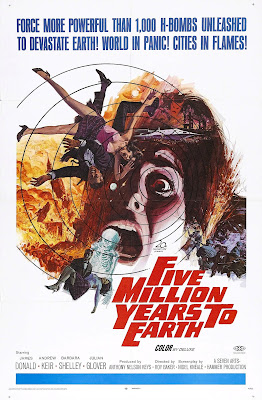 And we talk about the legacy of this film, and how the juxtaposition of the prosaic and the uncanny lend it its curious power.

We're taking a break for a month or so now, as we get our Martians in a line for BERGCAST Season Two, where we'll be meeting a whole new set of guests, and going to the Quatermass Conclusion... and beyond.

Due credit: we owe a big vote of thanks to ourlovely engineer Emma, Andrea Kinnear, Toby Hadoke and Sarah Reuben of the BFI, and also, although I don't mention it in the outro (sorry), Kier-La Janisse of the Miskatonic Institute of Horror Studies, without any of whom, as the saying goes, this would not have happened.

Listen here, at the BERGCAST site, or download from your favourite podcast outlets.

Posted by howard david ingham at 12:02