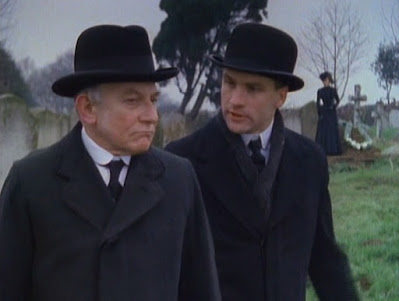 For our bumper sized Christmas episode, what better subject than a ghost story?

Taking a deep dive into the terrifying Kneale-scripted Christmas drama The Woman in Black we're joined by Robert Taylor, author of the forthcoming book Sound Haunting: The Making of Central Films’ The Woman in Black. In a lengthy and intimate discussion, we talk about the genesis of the drama, what happened when Nigel Kneale wrote the script too quickly, how a woman in a dress and a hat standing absolutely still can chill you to the bone, and the enduring power of Christmas TV memories.

Robert recently wrote an essay about The Woman in Black on Horrified.com, which you can read here.

It only remains for us to wish you all a merry, and ghostly Christmas. We've got big news coming in the New Year, so stay tuned. Contact will remain established.

Posted by howard david ingham at 12:52

In this episode of BERGCAST we take to the high seas as, rather than performing our usual deep dive, we stay afloat in the Kneale-scripted 1962 broadsides-and-sails spectacular HMS Defiant. Joined by film academics Prof. Melanie Williams and Dr. Mark Fryers, we investigate whether a ship is the best metaphor for the British class system, how Dirk Bogarde went from being known for light comedies to being a go to for faintly pervy villains, why the British don't do revolutions and ask the question: is the real villain always in middle management?

Posted by howard david ingham at 11:56

Episode 26b – Stephen Bissette on The Witches

In this special mini-episode of BERGCAST, Jon and I talk some more with legendary comics illustrator and horror expert Stephen R Bissette, about the 1966 Hammer film The Witches and its legacy and we go into what Steve’s doing these days.

Stephen’s book on The Brood can be found here.

Studio of Screams is here.

Posted by howard david ingham at 16:07

Talking with us about 1964's First Men in the Moon, we're honoured to have as our guest horror legend Stephen R. Bissette, who although perhaps best known one as of the primary collaborators with Alan Moore on the seminal 80s run of Swamp Thing, has produced a significant corpus of writing on the horror genre in all media over the space of several decades, including, most recently, an exhaustive study of David Cronenberg's early highlight The Brood.

We discuss the one time Nigel Kneale shared a credit with Ray Harryhausen, why these films have resonated with us since childhood, how stop motion animation takes us right into the uncanny valley, and whether First Men in the Moon is really the first fully realised alien culture in cinema.

And by the way, you can find Jon's other podcast, Due Signori in Giallo, at duesignori.cast.rocks.

Posted by howard david ingham at 11:05 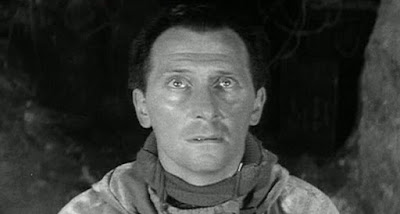 In this episode, the voices of Jon and Howard are joined by the mellifluous and delightful tones of Egyptologist and Horrified editor-at-large John J. Johnston. Join us as we explore the early career of Peter Cushing, the history of imperialism and the 50s craze for Yeti movies, Nazi practical jokes and the transcendent, formative power of the media we loved as children.

As usual, you can listen here, or find us at all your favourite podcasting venues.

Posted by howard david ingham at 14:09 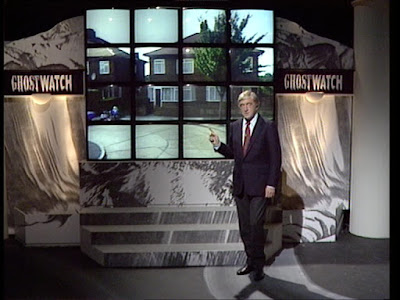 This time we're delighted to be joined by legendary screenwriter Stephen Volk, known for a list of great TV and film scripts including The Awakening, Midwinter of the Spirit, Afterlife and, of course, Ghostwatch. in a wide-ranging discussion of Stephen's career, we talk about the legacy of Nigel Kneale, how The Stone Tape changed Stephen's life, and how Stephen's own work has itself changed lives in turn.

Find us on Apple Podcasts, Spotify and all the other  usual places, and please like or subscribe. it means a lot.

Posted by howard david ingham at 12:08


For this episode of BERGCAST, we were joined by veteran novelist and screenwriter Stephen Gallagher, who chatted with us about the trajectory of his career, and the influence of Nigel Kneale on his work. In a wide-ranging conversation, we talked about how a false memory of Quatermass and the Pit haunted Stephen for years, how Hollywood treats writer-creators, what Emma Peel and Bernard Quatermass would look like as a team, and whether more screenplays should be written using the Marvel Method.

You can find our podcast on Spotify and Apple, and on your favourite podcast app, or just listen below.

Posted by howard david ingham at 11:11