It's a special one-off episode here. On October 31st, Jon and Howard were able to do one off recording of an episode with a live audience, as part of the RURAL GOTHIC Samhain Surprise live online event. We were honoured to be joined by actor, critic and writer Jonathan Rigby, to talk, appropriately enough, about the Kneale-scripted 1966 Hammer movie The Witches. It's an unedited conversation where we tackle everything from why older Hollywood leading ladies wound up making horror movies in the 60s to the meaning of the word "stichomythia".

Jon and Howard will be returning to Rural Gothic in only a few short days, as we're going to be talking at the RURAL GOTHIC Christmas Ghosts event on 30th December (buy tickets here) on the subject of Christmas 1972, television's spookiest Christmas.


Once again we're joined by James Cooray Smith, journalist, expert and lovely bloke, for the final part of our discussion of the last televised Quatermass story, which makes this the Quatermass Conclusion Conclusion.

As we talk about the bleakest and most apocalyptic story of a pretty bleak canon, we also explore the links the 1979 ITV Quatermass has with Blood on Satan's Claw, compare Nigel Kneale with George Lucas and Charles Dickens, and what “aging well” really means.

Posted by howard david ingham at 14:57

Episode 20 – The Quatermass Conclusion, Part One

It took us four tries and the better part of a year finally to get a podcast about the final televised Quatermass story, 1979's ITV Quatermass, given a limited cinema release as The Quatermass Conclusion. We're joined by the endlessly patient and thoroughly lovely James Cooray Smith, journalist and cultural commentator, whose take on what is possibly the most 2020 of Quatermass stories is going to bring us to Christmas.

And you won't have to wait too long for part two – we're posting it tomorrow.

Posted by howard david ingham at 14:17 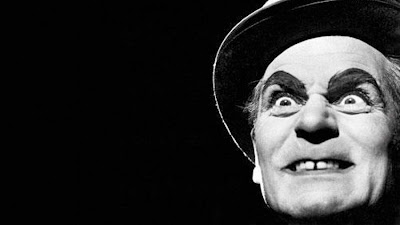 We were very excited to welcome the simply amazing Samira Ahmed to talk about the somewhat overlooked contribution Nigel Kneale made to the early Woodfall films, Look Back in Anger and The Entertainer. On the way we’ll examine the influence of Judith Kerr on Kneale’s work, what sets Kneale apart from writers like John Wyndham and Dennis Potter, and if Donald Pleasence ever looked young.

Once again, you can find us on all your favourite podcast outlets. Hope you enjoy!

Posted by howard david ingham at 13:04