Distract yourself from the political crisis and sinister machinations of the U.K. Government by letting Bernard Quatermass deal with it instead.

This episode we're joined by writer Andy Murray, whose book Into the Unknown: The Fantastic Life of Nigel Kneale is an absolute must read. You can get it here. 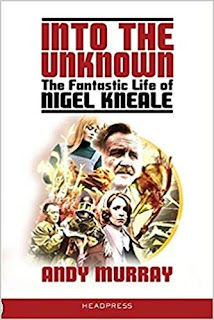 In the first of a two part chat, we look at what Nigel Kneale's been up to since The Quatermass Experiment, the casting of John Robinson and how the BBC felt the need to combat the launch of commercial television and a quick side step to the proposed Quatermass prequel, set in 1930s Berlin.


Howard's short story, The Austringer, can be found here.